Daughter of Godcast, Crowd Creation Episode 079 Rabbit and Dog. 2018 is the Chinese year of the DOG, has been for about 2 weeks now, and this episode’s scene is a little homage to the Chinese New Year and also the year of our DOG, Daughter of God, hurray! We’re changing things up this episode, a new wild ride, high winds, glare ice, hang on!

Last week I experimented with Facebook live. I ran in the forest and launched the Sprinter ice boat for the first and likely the last time this winter season. Two days of adventure, first to my feed of 700 friends and then to Daughter of God’s feed of 80 or so followers.

The Facebook live videos got more likes and comments than everything I’ve done on social media to date. I’m sure the novelty of ice boating was compelling, all that speed and danger. Also, according to Jil, my improv performances were also a delight, way better than my reading of scripted podcasts.

I like improvisation and would love to shift the Crowd Creation from a scripted to spontaneous format. The process of scripting is valuable tho,  writing helps me to reflect on the feedback for the scenes and sketch a plan for what happens next. Also, writing helps me control the length of the episodes which keeps the editorial manageable.

Perhaps after my usual writing stint, I could outline the main ideas and then instead of reading the transcript, just riff away on the outline. I’d could even set a timer for 10 minutes and let the orgone energy flow, hitting as many ideas as possible within that time and then calling that good, no editing. I’d get the benefit of writing and you’d have a more zesty podcast experience.

For the first time ever, I boosted a Facebook post. I paid 10 bucks to put Best Scenario Yet in front of 1000s of strangers. The results are pretty confusing, but certainly some folks saw the scene that otherwise wouldn’t have. 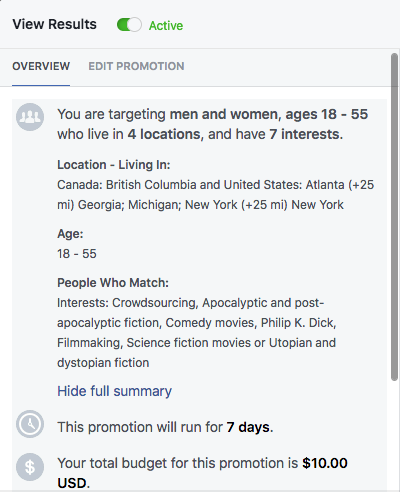 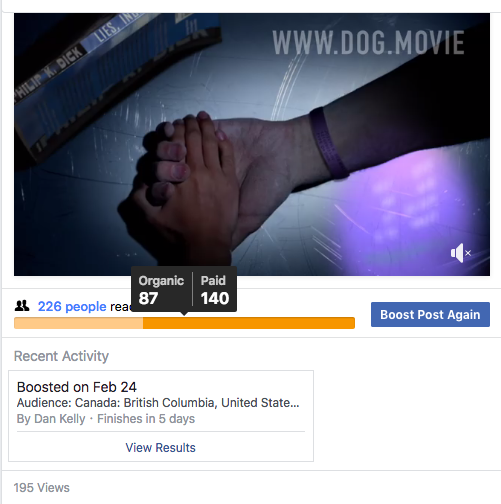 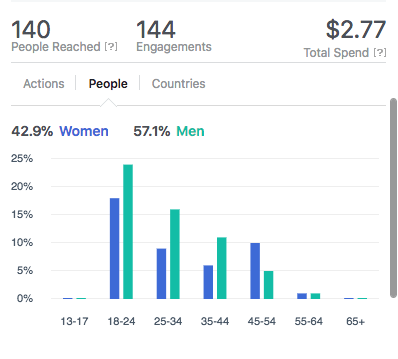 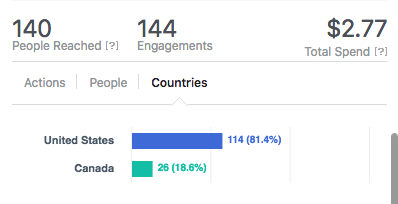 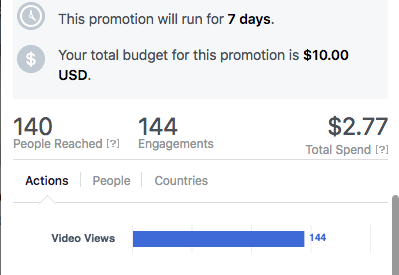 Boosting was kind of fun, but I’m pretty much groping in the dark at this point. I’d prefer to invite my audience organically, if that’s the path of least resistance and maximum joy. Whatever works. Every journey of a thousand miles starts with the first step, and we can start walking on a moonless night, as long as we’re feeling good.

Jesus saves souls, and redeems them for valuable prizes!

Before we get to feedback, an announcement.

Really excited to have such a solid contingent of dedicated contributors offering feedback. They have not only my appreciation, but blessings from the Daughter of God. As my friend Lauren di Scipio used to say, that and $8 will get you over the GWB. She would have been spot on last month, but starting in March, DOG blessings can be redeemed for fabulous products and experiences, unprecedented in the history of independent movie swag.  If you’ve been giving feedback on scenes and sharing posts, check out blessings at dog.movie and your get yourself some redemption!

Two mismatched hands clasp across a stainless steel surgical table, one young and smallish, the other large, dry and discolored by ill health. Over the sounds of a busy hospital ambience, an unconventional farewell speech. The rasping voice asserts that his death is an illusion, a trick he is playing on everyone else, except her.

The feedback question – Is the person with the rasping voice worthy of trust? What other impressions do you get?

James opined that Raspy Voice sounded like a gangster,  but since Small Hand seemed to be in his inner circle, there was likely trust between them.

Seamus didn’t think Raspy Voice worthy of our trust, because he’s either lying to the child or planning some mischief. “Whether that’s for noble or nefarious purposes remains to be seen.”

Pam offered some exciting depth to the trust question.

“This near-dead person, whether I find him trustworthy or not, is trusted by the person who comes in to hold his hand. They are close; grandfather-grandchild? They share that kind of generation-skipping secret, anyway.”

“Anyway, that kind of trust seems present here. And I want to know how this relationship will advance the plot, what their secret is, what the younger (I imagine) member of the duo will be called upon to witness/declare/accomplish/attempt/conceal after the older one has dropped his body….Tantalizing!”

Pam backs up James and Seamus’s view, while implying that whatever Raspy is up to, small hands is a co-conspirator. And that she will likely go through some transformation in the process. Awesome.

I may be reading into Scott’s musings, but his feedback revealed for me a key dynamic – we are invested in the implied trust between Raspy and Small Hand, because we don’t want Small Hand to be betrayed. How fascinating that something as simple as hand size can instantiate a narrative and a conflict, perhaps I’m the only one getting this, but that’s ok, because now that I am, the scene can be tilted a little more in that direction.

The trust question was action packed! I was also delighted and suprised by the references to temperature. Pam guessed the location was perhaps a hospital or cryo-facility – cryo (cold) for slowing or stopping metabolism for suspended animation. Constance was waiting to hear Raspy Voice “counting down how many ice cream sandwiches are left in the body freezer.” I’m not sure what she means by this, but she’s clearly experiencing a chilly vibe, Raspy Voice is going to be frozen.

This is reminds me of Philip K Dick’s novel Ubik, in which most of the characters are dead but continue to have mental function after their bodies are placed in cold storage. Since a Pam and Constance went there spontaneously, I am tempted to run with that.

Speaking of PKD, Scott demonstrated his dedication to the cause by googling the PKD title on screen, Lies, Inc. and promptly fell into a rabbit hole. Bravo Scott!

Judith had a unique perspective about Raspy’s death, to whit…

of course ‘he’ isn’t going to die! aliens are immortal or at least very long living. clues: type O blood. and the palm is obviously of an alien – weird pattern

She is an astute observer, points for being the only one to mention of Raspy’s ID bracelet, listing O type blood. So maybe she’s right, maybe he’s an alien.  I’m not so sure myself now.

All of that was a blast to read and think about, the possibilities for this scene have expanded significantly. Have I mentioned I am really loving the feedback process? Well I am. Huge kudos to my stalwart contributors! If you’re watching these scenes and lurking in the shadows, come on out and have your say. You’re hand will be lovingly held as we gently tug you into the limelight.

An awkward moment between two quirky people, having their first private conversation. We’ve seen these two before in Do It Again, so we know they’ll eventually come together. There doesn’t seem much rapport in this initial exchange however.

Questions – In DOG time, how quickly can they go from this moment to jumping into bed – minutes, hours, days, weeks? What conflicts have to be overcome?

Ready to play our feedback game again? Later this week I’ll be emailing a tally of blessings to everyone via email. If you’re not already on the DOG email list, please go to dog.movie and subscribe, then make sure we’re not getting tossed into spam.

As a trusted co-conspirator within Daughter of Godcast’s notorious inner circle, prepare to have your blessings counted. This has been and continues to be for a few fleeting seconds Crowd Creation episode 079 Rabbit and Dog, released in the Chinese year of the DOG, 2018 and not coincidentally, the year of our DOG, Daughter of God. She is coming, and you are blessed by her, for no other reason than you exist, you are alive on Planet Earth most likely, unless you’re an alien with weird palm line patterns. Don’t ask me to elaborate, I’m just your not so humble host, proudly palm illiterate. Alien or not the Daughter of God blesses all, and those who are helping her to manifest, to come into our mortal mileau, by dint of the sanctified practices outlined on dog.movie/bless, they shall be well swagged. That means you!