This is the simulated Nuclear Waste Repository. 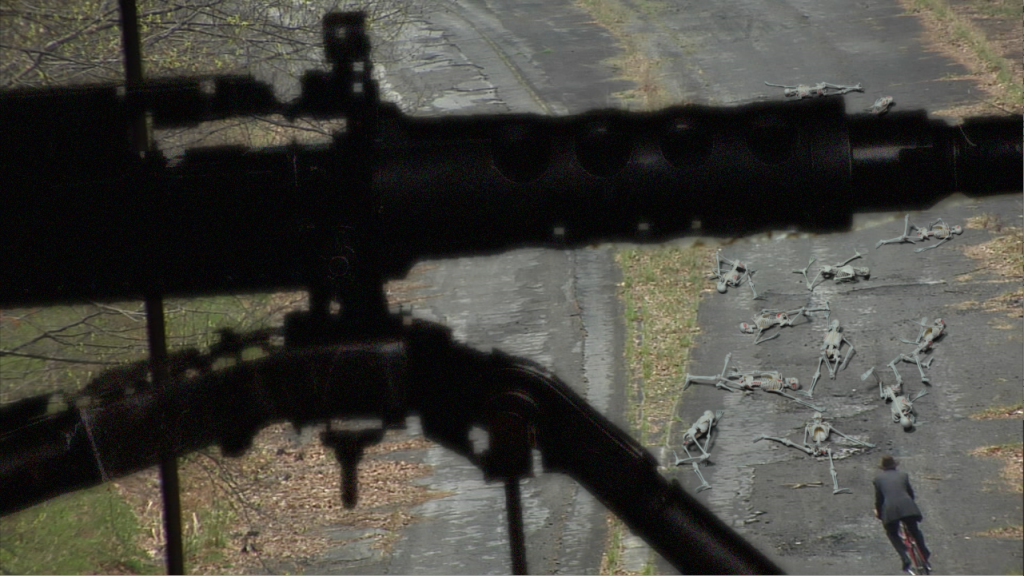 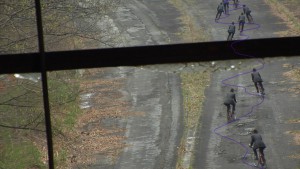 Big Signage (in improvised mediatronics, maybe a splash of black across the yellow). YES, we have Plutonium! Proudly reclaiming energetic elements safely and economically for power today and beyond!

Reactors refurbished while you wait.

This waste dump was nabbed by the private sector before the carnage, or perhaps causing the carnage.

Dragon makes an M50 model in 1/6 scale. It’s crazy how much GI Joe scale shit is out there, now even uncanny valley girl dolls, whoa.

Looking down on Joe’s hideout bicycle escape, there are myriad skeletons with scraps of uniforms, (latex nitrile gloves), mediatronic paint mostly rusted away from any gear on the ground, the M50 is running ads down it’s barrel.

The mediatronic content on the M50 should be geared toward the soldier, jokes and comics maybe, morale boosting messages. Can the soldiers hack the M50 mediatronics to customize his/her own feed? maybe this M50 was manned by a lesbian. The personal lives of the operators, a fingerprint in feed. Feeds as archeology. 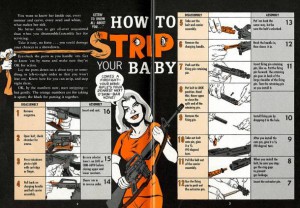 The M16 comic book by Will Eisner and here.

Foreground is the M50 slightly looking down the barrel that’s tilted up, to the right and slightly out into the air. Immediately after the M50, there’s a suggestion of cover (crumbled concrete with exposed rebar, a single sandbag) so that the M50 emplacement feels functional. Cig butts?

Below on ground level are the bodies in faded stains of blood pools. The stains are cover all layers of the weathered payment, so the clash happened after the area was “liberated” and “privatized”. This sequence is presented to tell contemporary scavengers that this location has already been completely picked through, prior to the carnage and breach. Helmets, scraps of uniforms and to some degree weapons are mediatronic.

There is a discontinuous strobe flashing and a sign that says, Danger – radioactive contamination when flashing. This is likely against the tunnel entrance, though it could be on a post at some distance with the sign facing away from the gun. This would be helpful both for continuity between the approach and departure AND to have the flash effect some of the carnage nearby, integrating the scene.

There’s a great big highway type sign identifying the facility that’s been hit by a big round, it’s partially collapsed and tilted up toward the sky and so can be read both from the approach and the view from above. It’s also been sprayed haphazardly with computational paint, and that’s running the Pu ads, post privatization.

The whole place should give the impression of a very bad show, what with the military carnage, the idea that some militia already ransacked the place, that there’s radioactive contamination…

Hand lettered sign way off as we approach, “if you can read this, you’re a goner” g crossed out and b scribbled in

There are also big vehicles out, tanks, trucks, humvees etc.