slugs with translucent bar code implants slither over a carpet of andrew jacksons. genetically engineered to clean up the aftermath? weaponized GMOz? implies money is no longer important or a even human concern, only the slugs are interested. Coincides with “outer space” audio – ALIENS! 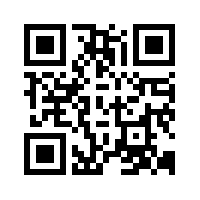 15 Hunting is Hard, The Back to Nature Critique
(for Jeff Gibbs)

Nonchalant deer wonders what that noise was. Maybe bagging a deer is a little tougher when you’re starving and not backed by petro chemical infrastructure – compound bows, steel arrow heads, carhardts, insulated boots.

What if when the deer looked right, there was a rising hum like an old school flash recharding and she shot laser beams or a taser out of her eyes, followed by a blood curdling scream? That would pretty sweet little commentary. From Freesound.org, these don’t play in WordPress but just for reference…

2nd to last part of this for the emitter

16 Return of the Saurians

Abandoned highway snakes into the distance. In the foreground, a mostly desiccated T-Rex carcass with giant arching ribs poking out and jaws clamped down on a cop motorcycle. Indecipherable mediatronic graphics flicker on the tank and fenders. Saurian footprints, flipped cop cars in distance and perhaps a jack knifed diesel tanker truck. Light flows down the highway, briefly flashing on the corpse and vehicles along the way. Sunlight is only traveler on this road now.

T-Rex has chromium bones? Bits of cyborg modification poke out of the carcass, wires and tech components? Enhancements to compensate for modern conditions – opportunistic microbes and atmospheric composition. Perhaps the exposed bones glow greenish with radiation when in the shadows? All of the above?

If we end up using the Worlds Fair Globe as a new exhibition shot… Then instead of globe in bricks, cop motorcycle wheel, then what’s the T-Rex got in his mouth? Oil drum ruptured, front of his carcass is torched? Full circle, oil  = dinosaurs, oil kills dinosaur again. Cliche but maybe there is something hiding here…