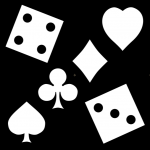 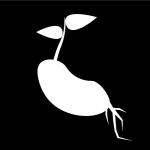 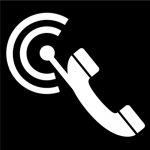 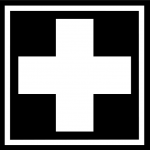 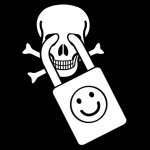 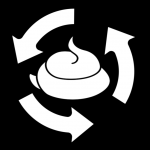 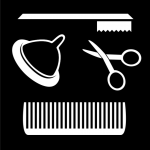 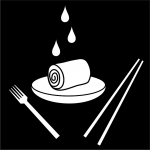 The Universe of Boxes, a rationale for boxes and mediatronics.

Long sequences with ads and network down icon plus expiry message.

Descriptions and Directions for use

The boxes have low bandwidth mediatronic surfaces, meaning they have been printed with monochrome computational ink and wired with low power short wave connections, so they can both attract attention by strobing their large font ID / icon graphics (electric bolt for generator) and provide news updates and perhaps even ads. Their network connections are no longer viable as no one is sending anymore, at least not at present. So the update messages are include expired icons, some have error messages – network connection failed, the following updates may have expired.

Slashes can deactivate the computational ink, freezing the current active graphic. Some boxes are slashed or partially slashed. Christina’s boxes are mostly not slashed, hallway some are, gerry most all.

The boxes were dropped by a slightly skewed utopian force that was extant right after the apocalypse. A progressive government, benign corporation, open source pirate guild, universe next door helper entities? The sustainable restart kits are an unexpected manifestation of benevolence and consciousness, maybe a little too late. Wings suggestive of airforces and crossed bones for a pirate sensability.

The hording the boxes implies the refugees value what’s inside, which might also imply that the design of the contents was well thought out. This backwards logic could reveal much about who designed the contents and why, see Book of DOG below.

The boxes allow for tons of storytelling, origins of the collapse, weird ads, latest news from the utopian underground.

Maybe certain kits are associated with specific scenes and as the movie progresses through each scene, the labels on these boxes could get more and more bizarre. Also, boxes could be added to the last three Uncle Joe scenes for continuity and added fun.

Boxes as reality construction, also symbols of abundance, what we assume and take for granted. Labeled like the props in Ragel Gumms world, shorthand for the various trappings of domesticity – living room, library, bathroom, bicycle…

From Book of DOG

In the movie, we see relief boxes stacked in every nook and cranny. Story-wise, that implies that some person in the DOG universe got the design of the relief boxes right – primarily what’s inside but also how they look, transport, stack etc. The refugees consider the boxes so valuable that they don’t mind the clutter.

In 2006 when I directed the production crew to stack blank boxes all over the ship, I knew that they were relief boxes and that the refugees were stockpiling them, but that’s all I knew. Now we have to either 1) keep the boxes blank and leave the audience mystified about their origin and purpose or 2) develop a relief box design that implies that these boxes are very valuable.

If we choose #2, it’s clear that the person who designed the valuable boxes was competent, that they did their homework and got it right. Here is the trick – I want to know about the designer because that’s who I am going to become, I will enter the DOG universe as that person. So in this sense I am an actor/designer.

This is not much of an acting challenge because I do a fair simulation of competence in this universe. The point is to define your “I” before designing artifacts for DOG. In this case, “I” refers to someone who is alot like the actual me, Dan Kelly. In other words, what would really effective disaster relief look like to a Dan Kelly living in the DOG universe, if he was committed to getting it right?

Different artifacts suggest different personas. We are all competent designers, but some artifacts in DOG were created by smarmy designers, psychotic designers, outsider designers or undesigners – destroyers. The schlock peddler responsible for the billboard ad and the grafitti bomber who tags the ad are probably very different people. The challenge of DOG is to expand your identity. When you design as an expanded identity, you expand the DOG story.

Continuing with the relief box example – What would really effective disaster relief look like? Folks are hungry, thirsty and maybe injured – so food, water and medicine are important. To discourage hoarding and make sure everyone had a chance of getting the supplies, they are air-lifted and dropped over a wide area. To get the maximum nutrition to wieght ratio, the food component is freeze dried – dehydrated. Alternately, various sproutable grains and seed are also incuded with a simple sprouting kit. Survivors are thus provided with very high quality fresh food source for weeks after the disaster. In the case of flooding the availability of water is not an issue but making it safe to drink is. A solar powered water distiller is very important because distillation removes not only bacteria but toxic chemicals that one would expect to find in a flood zone*. Of course, personal hygiene supplies like condoms, sanitary napkins, toothbrushes and the like are very handy. Finally, survivors need to communicate with each other and the outside world, so low power cell phone sized shortwave radios would be great.

Notice how much storytelling is happening here. In the real world, objects have history and context. Each design or illustration is a chance to tell more of the story, to riff off the existing narrative and elements.

After all this, I extracted the following categories…

The categories can be used as a listing of contents for one all purpose box or for creating totally separate classes of supplies.

A large font is easily spotted from a distance, perhaps in dayglo orange. Airships lofted by hydrogen would be an economical delivery vehicle and inspired by recent government privitizing in the USA, the airship fleet is a non-government entity. The logo suggests a pirate sensability. That’s enough information to make some sketches.

* when combined with a carbon filter

Just opening Richa’s latest pss on Christina changing. Looking at the boxes and clothing on the bed. Before I check RIcha and Eshan’s work, I’m just flashing on what comes next – masking out the clothing and box flaps, box labels in all their glory, speed ramps corresponding to her time scale, color correction.