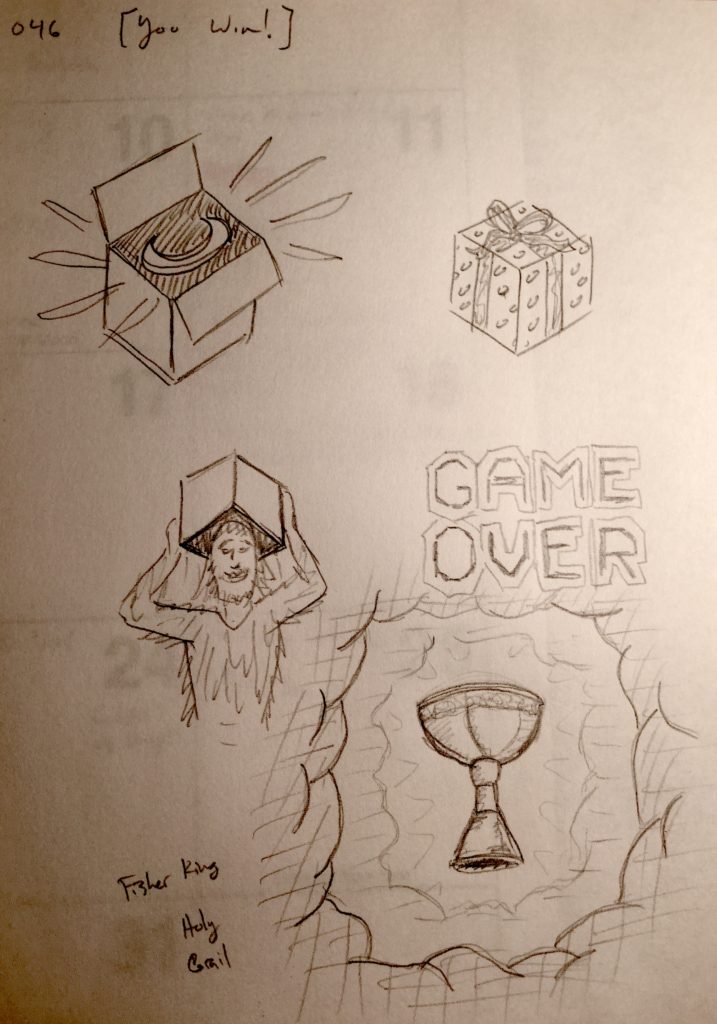 "You win!" chalice in the sky as holy grail from Monty Python's "Holy Grail" but the idea was seeded at meeting to make the chalice a kline bottle instead if this were the case I could see the daughter of god emerging as a jinn from the lamp and swirling round as her shackles/cuffs or tether of sorts are dismantled as if she is being freed.

I also like the image not shown above but of a dart or arrow hitting a bulls eye a more simplified approach.

The box as a gift is unwrapped and opened revealing the DOG symbol inside. I could also see it float out of the gift box and become as a halo or crown donned onto the buffalo ghost as if to present with reward...

The image middle left was supposed to be Buffalo Joe removing the box from his head playing off the idea of being a "blockhead" no longer and also the illuminating/freeing response to looking outside the parameters of ones world view, getting out of your box. Which almost lends to another idea of Buffalo Joe Ghost arising from the unwrapped gift as if to implicate the concept mentioned above -- the real gift is transcending your old world view. 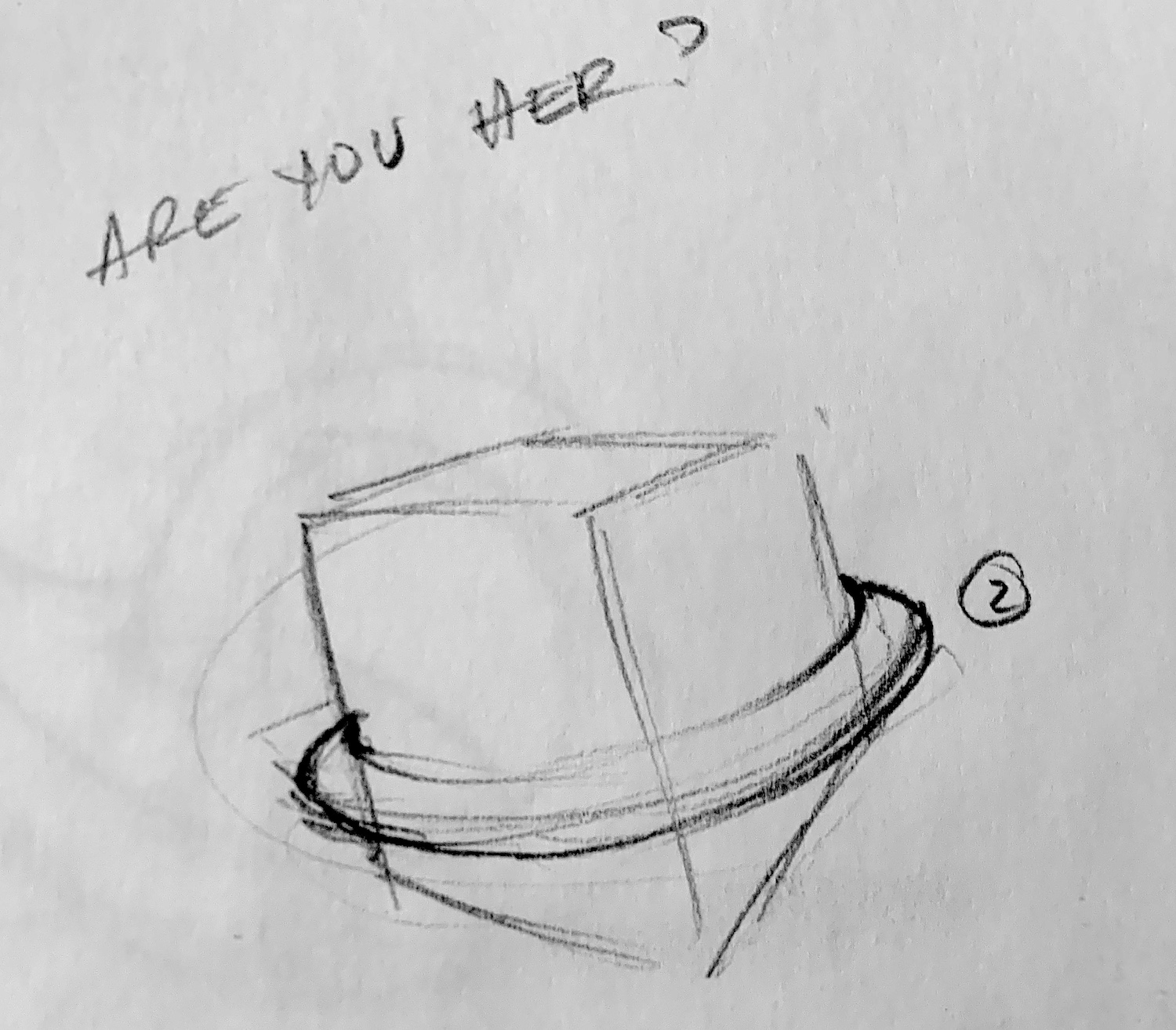 trying to fit box into circle, the circle rings the box 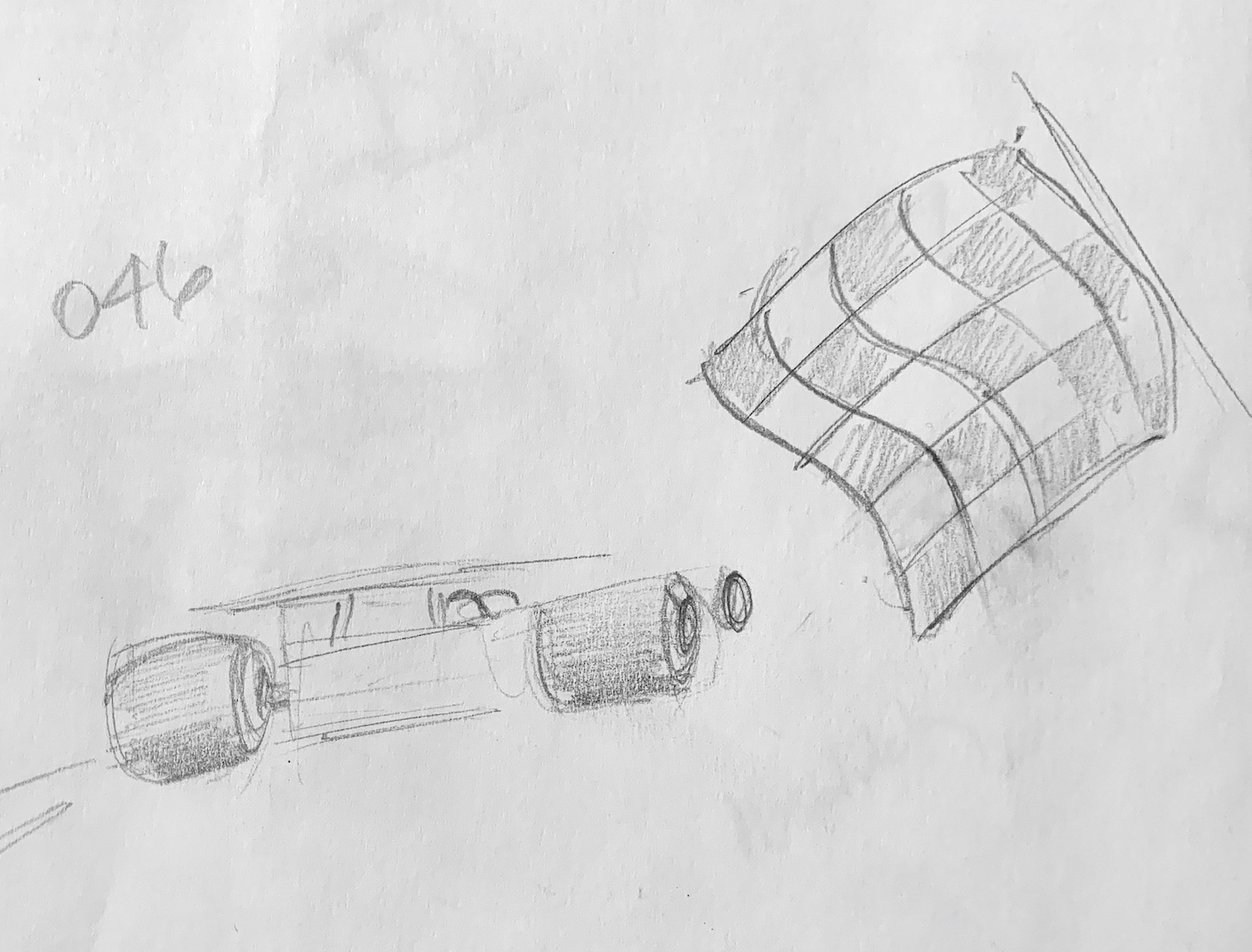 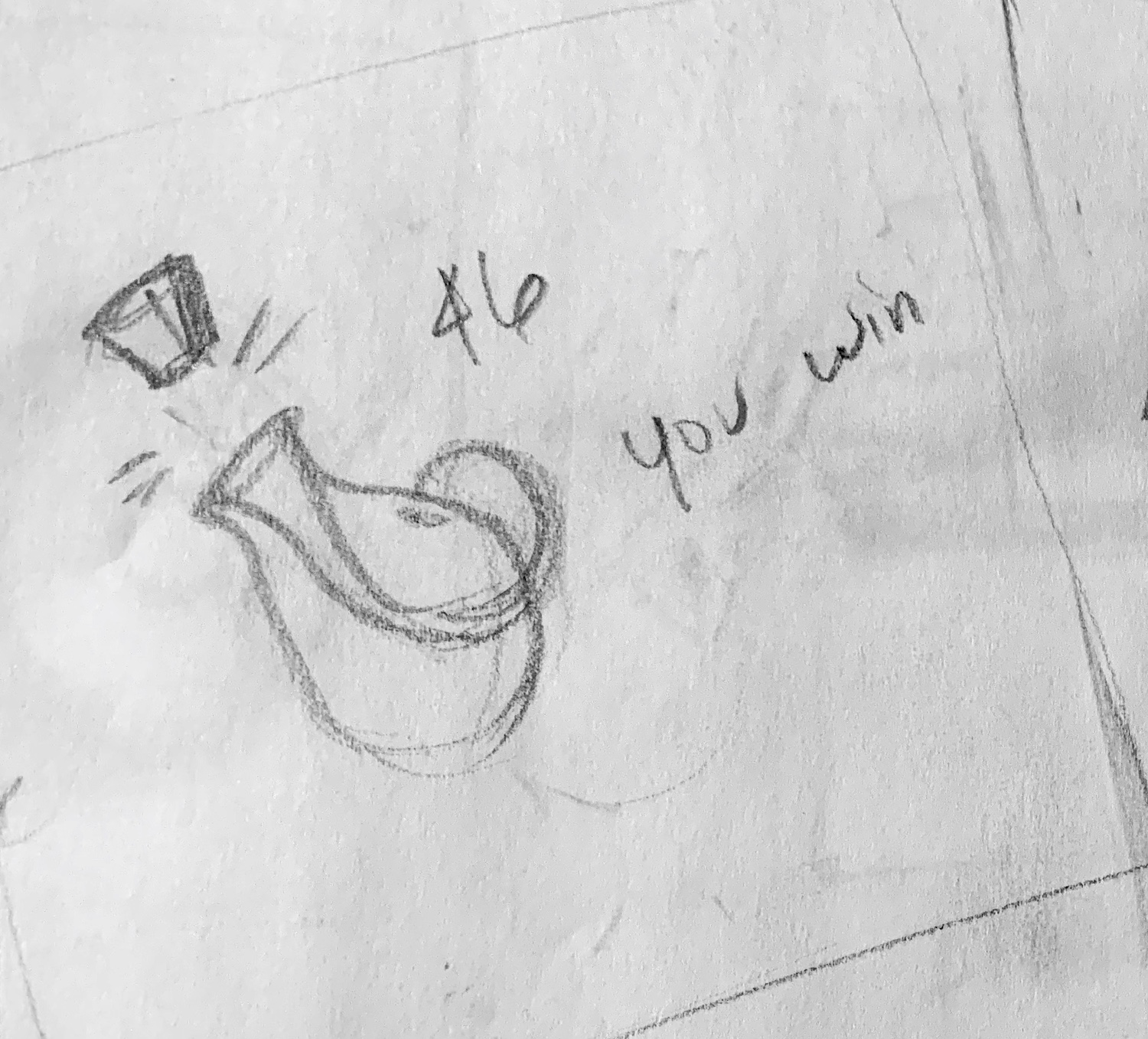