[Veronique. We have never communed with her as we are communing with you, no. 3.]

Do you know the yin twin? 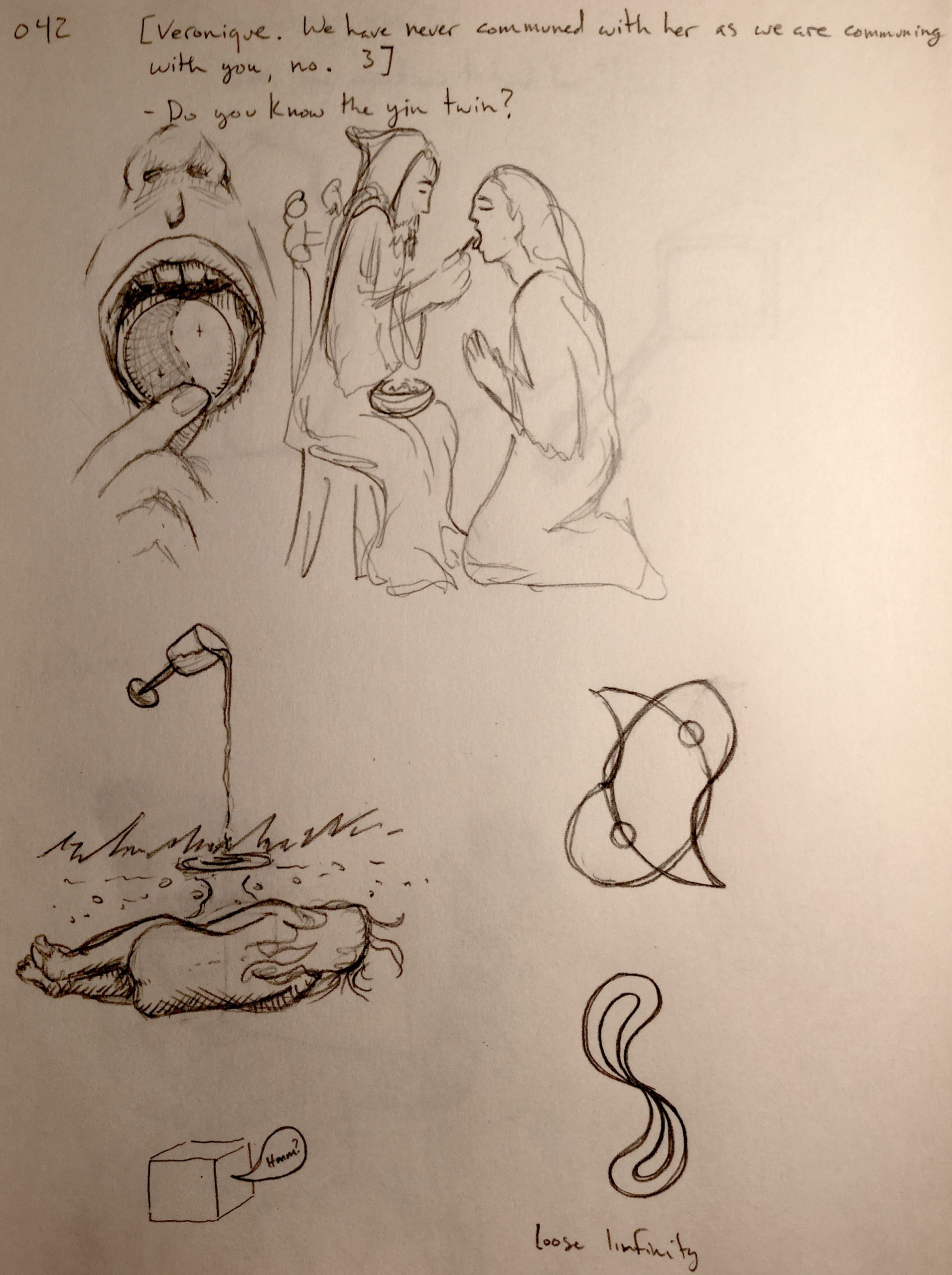 "...communed with..." as taking communion in the catholic sense of eating the sacrament or Eucharist (Body and blood of god) fun to play with here the (cracker) Eucharist could be shaped as Buffalo Joe Ghost as if he is god himself, her creator or as if 'we are all god' - oOOo, I like the idea of the Eucharist being shaped like the body of the pedestrian without a head as if to say "the Body of christ (yatta-yatta)" and the "pedestrian" being a basic symbol for everybody and the 'head' is gone when you commune with god.

Illustration lower left: libations or "powering one out for your homies" is an act that spans many cultures and is a ritual for communing with those in the other world ie the "hallucinagenic realm" and Veronique. here's a link to a cute short article: http://www.todayifoundout.com/index.php/2018/12/where-does-the-practice-of-pouring-one-out-for-your-homies-come-from/

^ pictured is "Veronique" underground in the chthonic realm with a chalice over head, "pouring one out for my homies" in an effort to commune but still vague and mystical to reality. I just thought it could be an image of Buffalo Joe sitting with the shebox as a direct copy of what's framed in the live action but the image on the illustrated box has the wine pouring out, pooling on the ground - again movie within the movie.

"Do you know the yin twin?" a mix of the vesica pisces and yin-yang over lapping like a "Venn diagram" as if to say this is the knowledge of eachother overlapping also with the deistic connotations of the yoni/portal/vagina/fish aspect of the symbol.

Lower right: Yin and yang abstracted to look a bit more like a connected rubberband/infinity symbol (8). 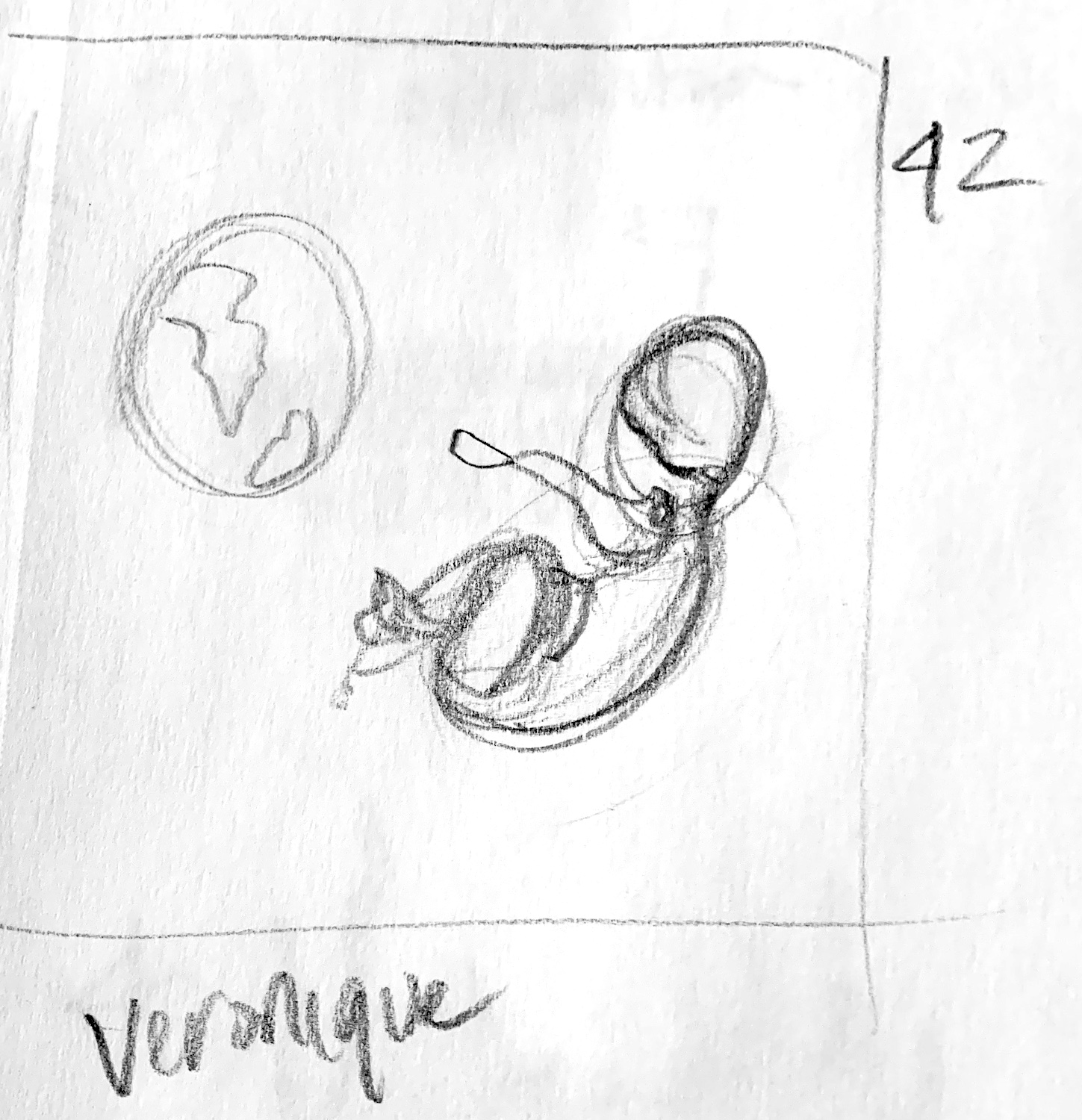 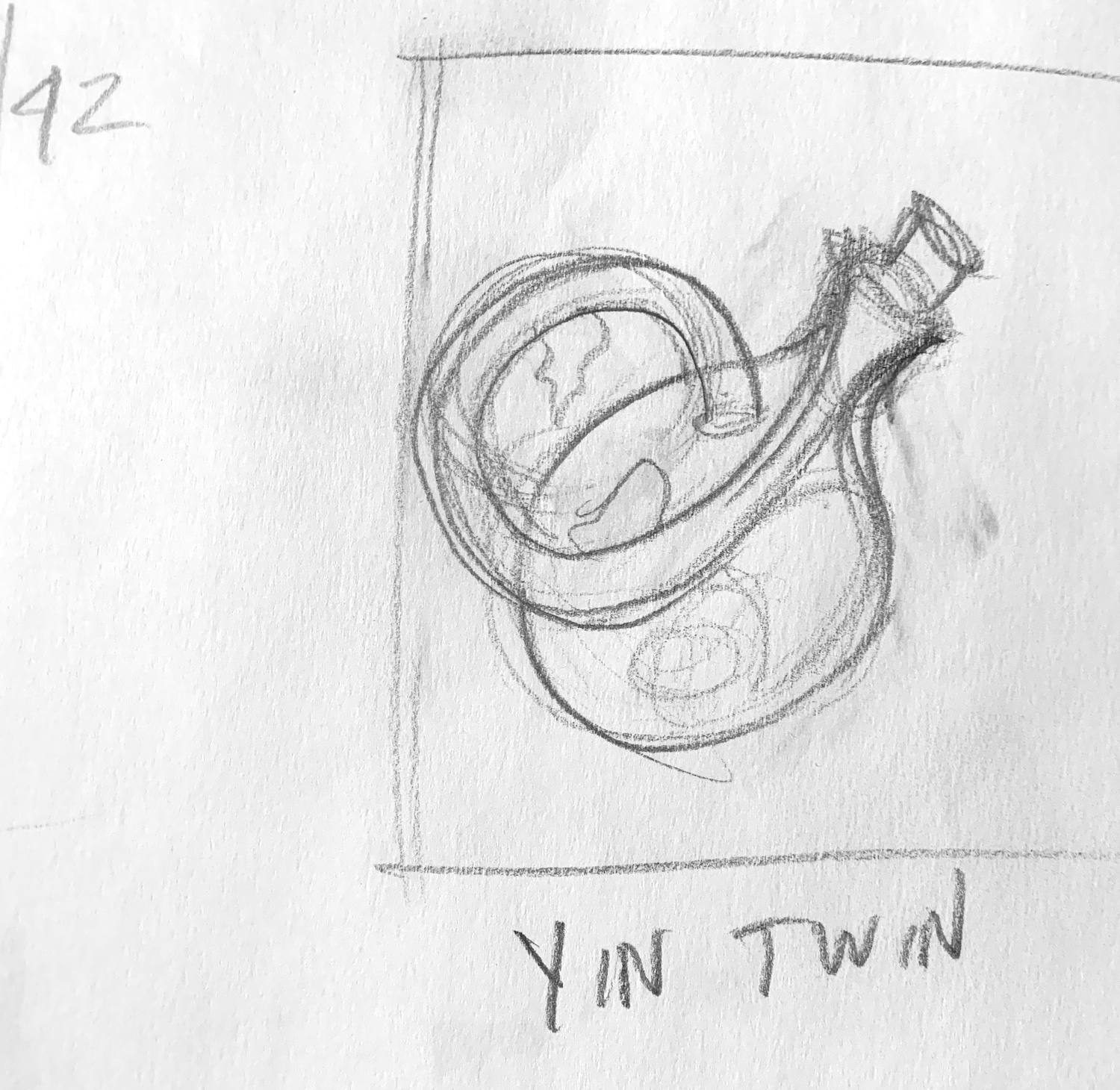 New symbol for Yin twin, reconstructed out of Veronique, they are twins but dissimilar natures, from baby to bottle whose inside and outside are the same, all one. she's just reconstructing his train of thought and tossing in hints.