So a cat is a singular physicality, a conglomeration of the trillions of specialized   cells and supporting flora. An ant colony or a bee hive might be thought of as a plural physicality, I suppose. Pando the 80,000 year old quaking aspen colony might well refer to himself as a we. 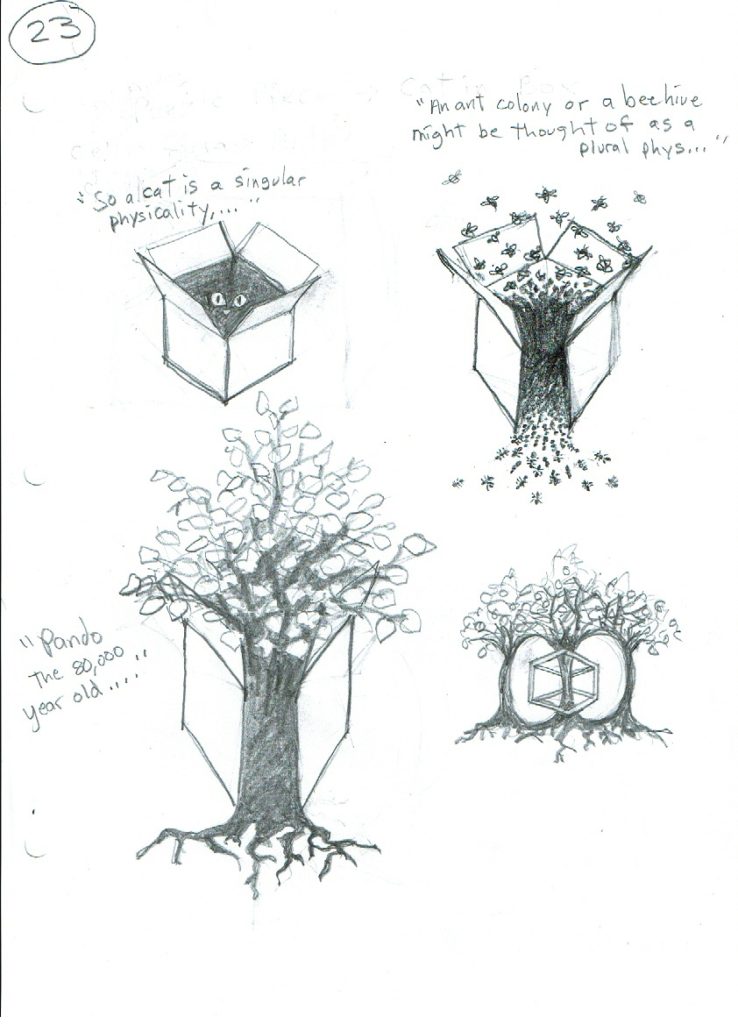 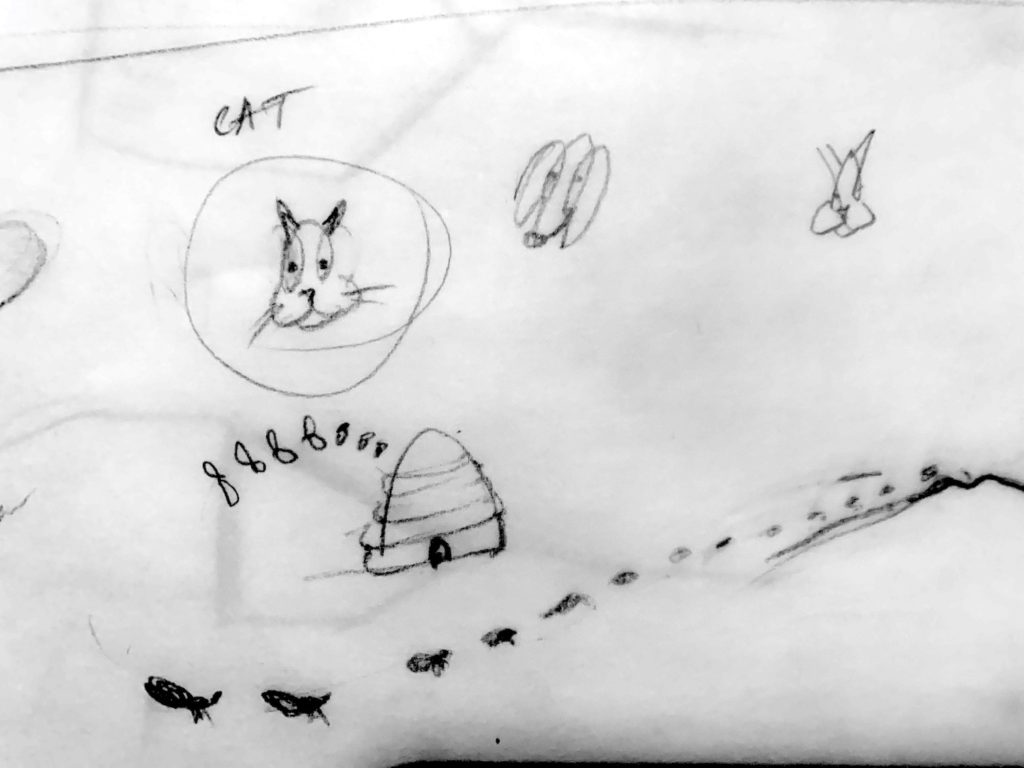 I like this stylized cat from my grade school days. Suggests Schrodingers cat and the forked interpretation (1) cat is both dead and alive until the waveform collapses by observation, human or otherwise and (2) the idea that nothing bubbles and 'matters' so that even a cat in a closed cardboard box cannot be isolated from the planckian connected universe.

That cat's eyes suggest the symbol for an electrical inductor

Along with capacitors and resistors, inductors are one of the three passive linear circuit elements that make up electronic circuits. Inductors are widely used in alternating current (AC) electronic equipment, particularly in radio equipment. They are used to block AC while allowing DC to pass; inductors designed for this purpose are called chokes. They are also used in electronic filters to separate signals of different frequencies, and in combination with capacitors to make tuned circuits, used to tune radio and TV receivers.

Bee hive and Ant colony with fractal spirals, golden section, Fibonacci. ants and bees spiral on the xy axis and toward the viewer on the z axis getting bigger