[The origins of the majestic plural are obscure, you might be asking if plurality implies being in accord with the divine or speaking for subjects under a dominion. Please ask a more specific question.]

Try this instead. Are there more than one of you? 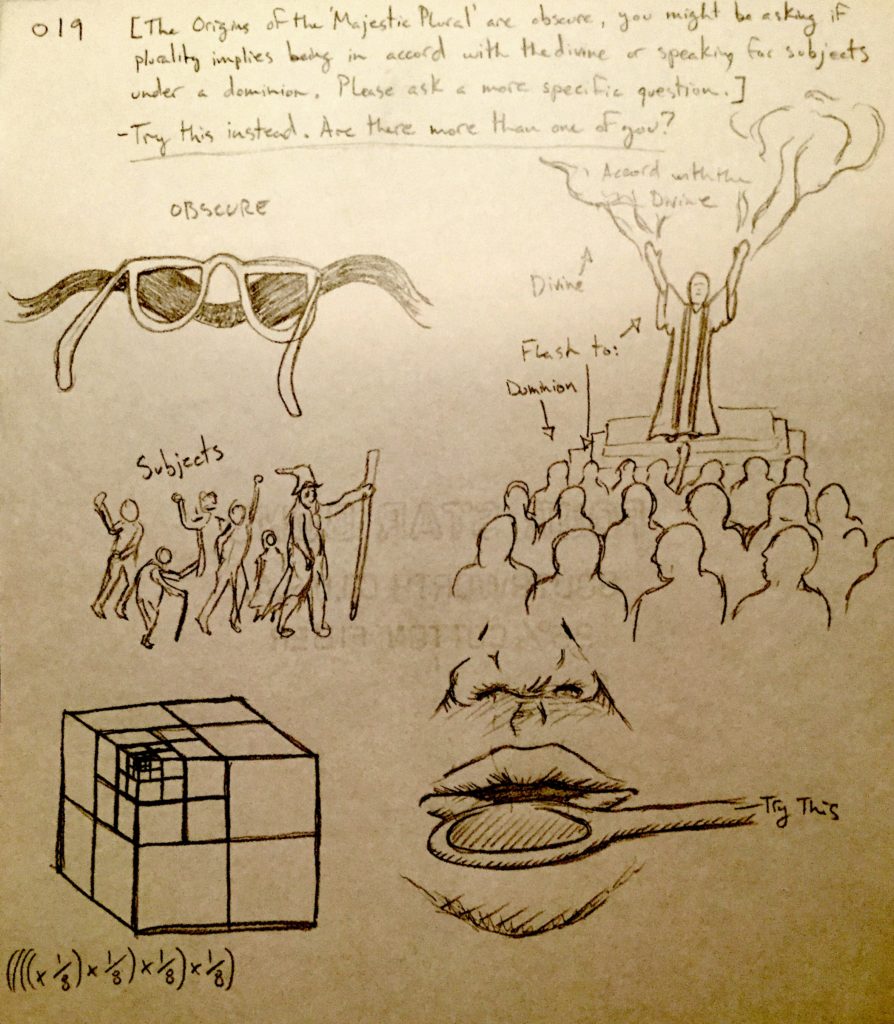 Could animate from a priest on an alter with hands raised invoking the deity (above) as genie, wiz of oz or three faced buddah/hindu gods (elephanta caves, Mumbai) [past,present,future; man,woman,transcendent; desire,fear,pride] "in accord with the devine...">"subjects under a dominion"> animates to show followers below the alter > "Please ask a more specific question"> genie/wiz cloud dissolves into a question mark shaped cloud of smoke where the 'dot' of the question mark is a target with an animated arrow striking its bull's eye > BJ: "try this instead..." > soup spoon to mouth > "are there more than one of you?" > giant box animates to be divided into 8, then 1/8 is divided into 8 and so on... until unnoticeable. 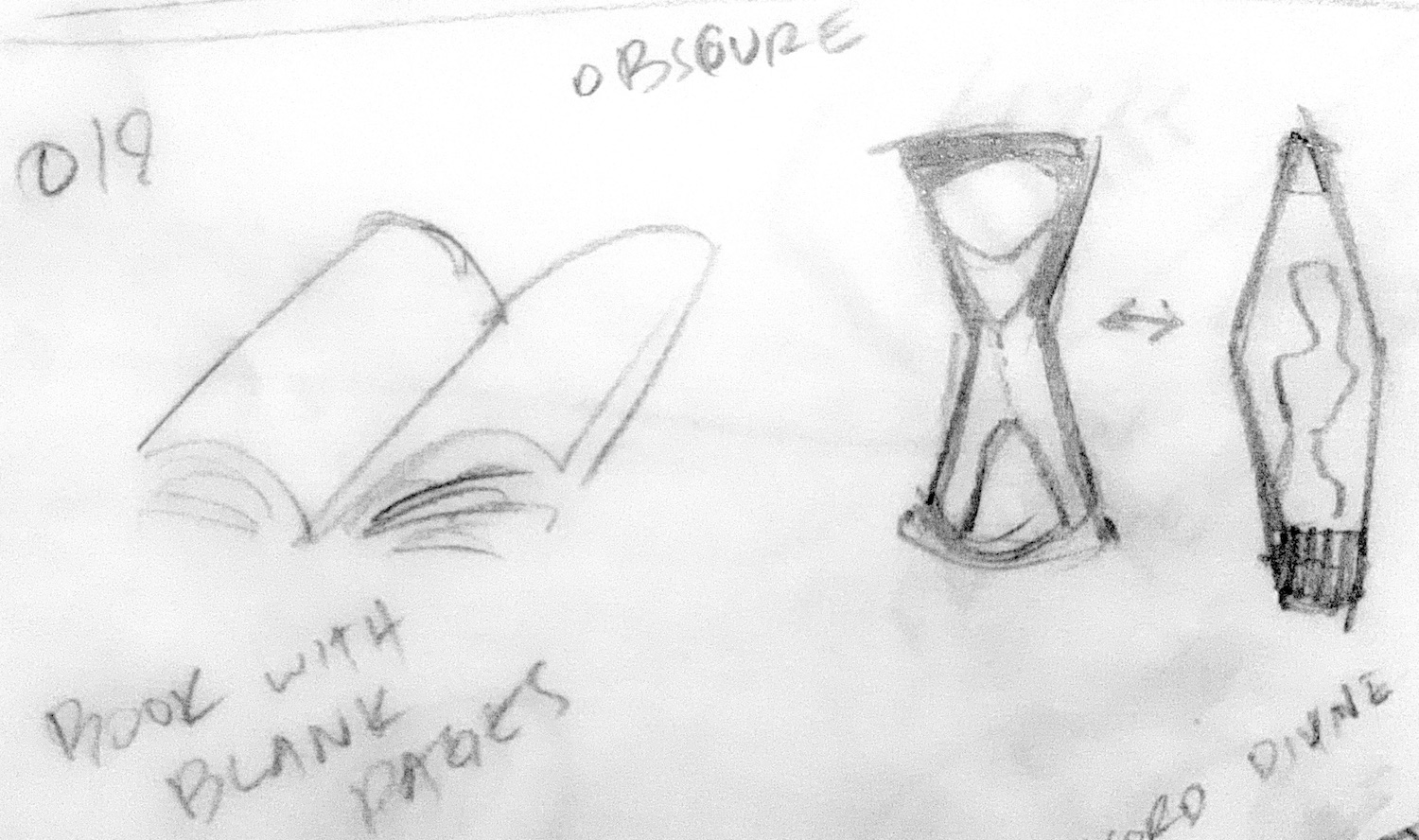 "origins are obscure" hour glass flips transitions to lava light and back, perhaps a rapid blinking back and forth several times like a florescent light coming on, then a indecisive flickering between. Inverse shapes, sand pours down and lava blobs move up. We're not sure which object is relevant or real. 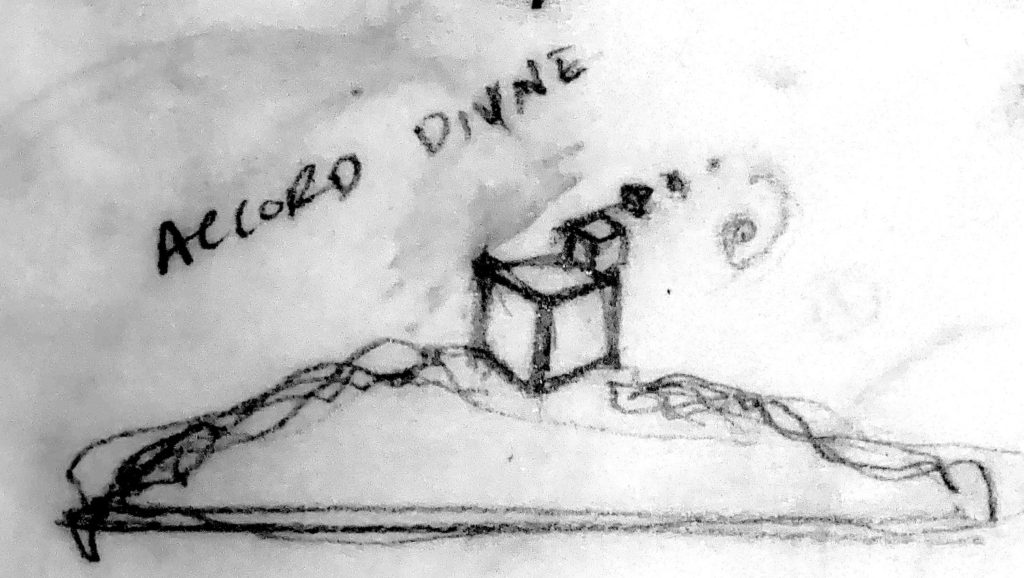 Fibonacci fractal boxes on a cloud, what else is there to say? 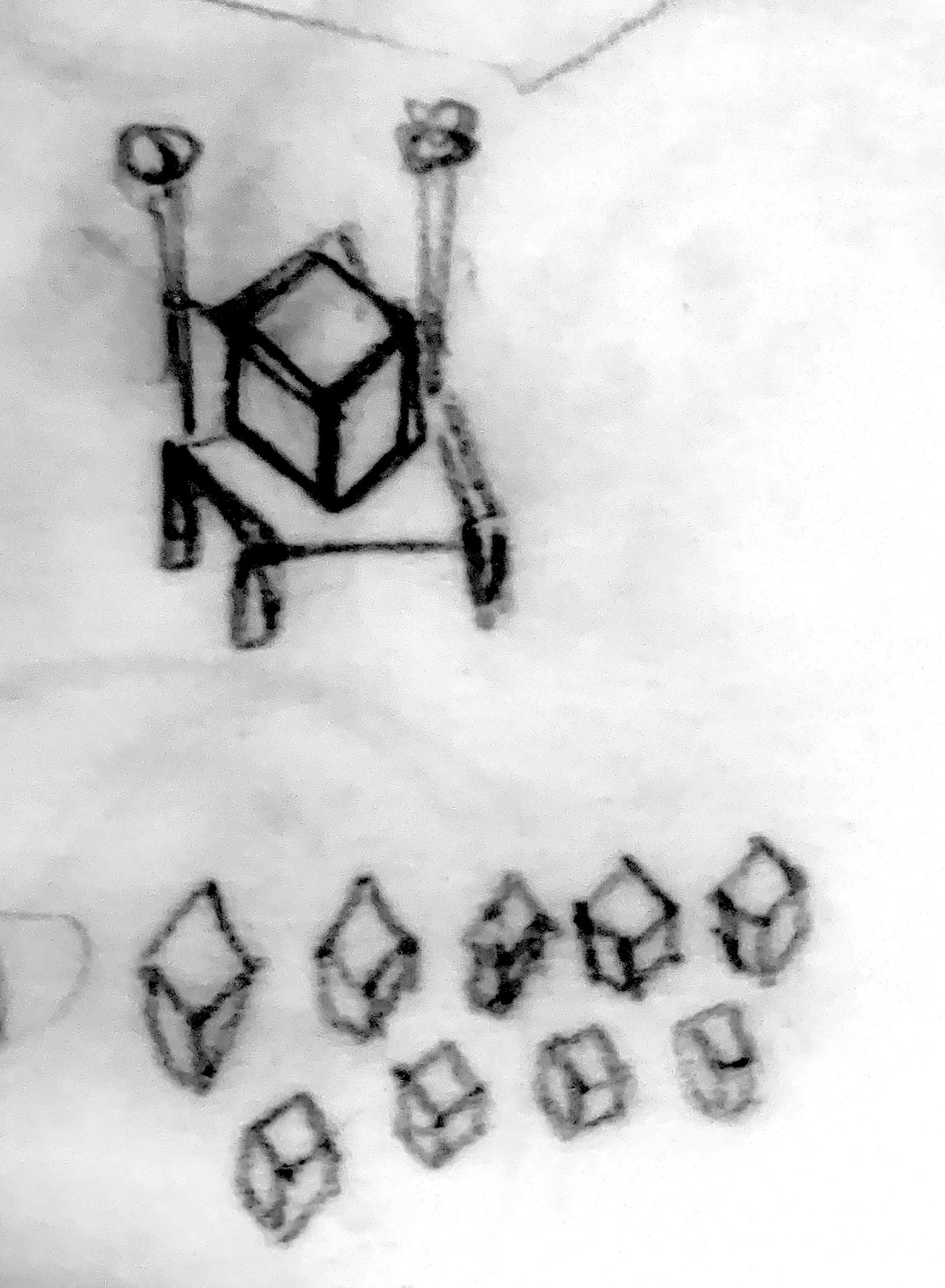 "Subjects under a dominion" Sarcastic images, She Box imagining improbable scenarios. A queen box on a throne rules over all the other boxes... 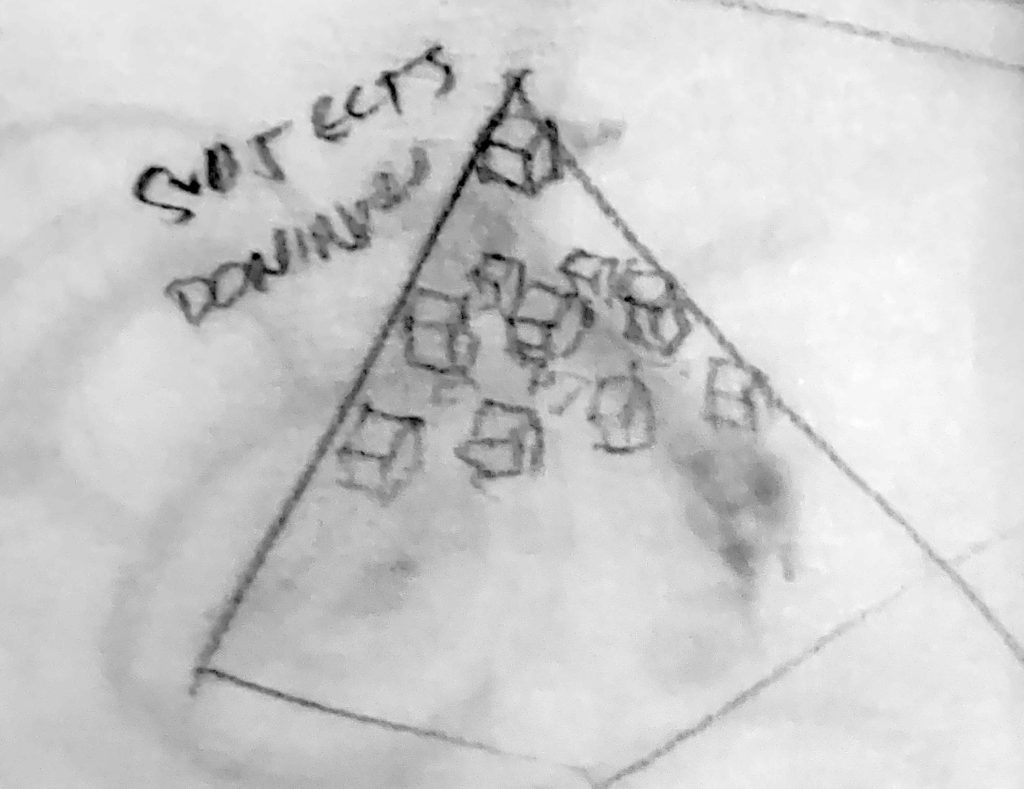 "Subjects under a dominion." Sarcastic images, She Box imagining improbable scenarios. A top down hierarchy of elites and lower castes or the masses