September 3, 2019 and this beard has got to go. Two scenes left, one which requires the hobo, mountain man, wizard, recluse beard.

I perceive myself as more kissable clean shaven, as I was here back in 2017 or so, with the fabulous Jil Johnson. Two months have whizzed by waiting for my broken clavicle and radius to heal enough to start shooting again. There's still enough summer left for continuity, with a little luck. 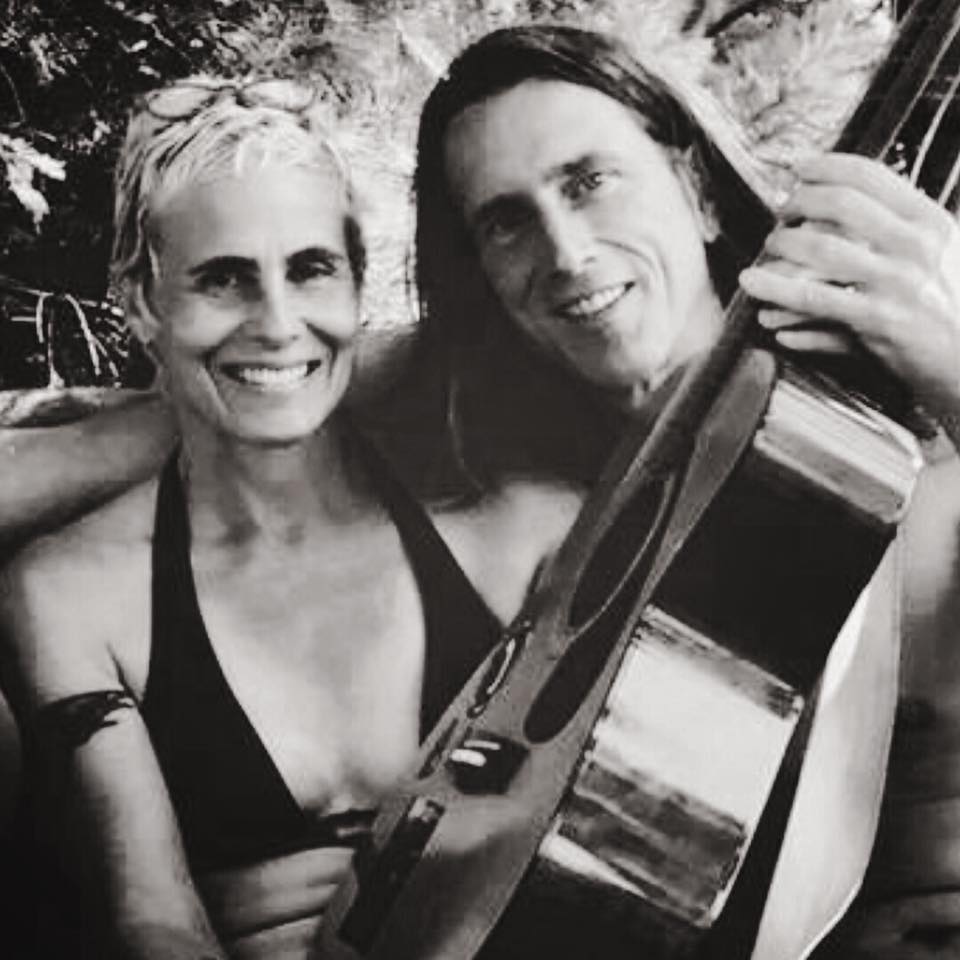 Because I'm starting to feel the character a little too acutely, method acting. Here I am hiding in the Globetrotter Airstream, feeling for the motivation to get 'er done! Review the script and make sure I am ready for shooting.

So why does the AI DOG advise Joe to shave off the beard? Here's an idea stolen from the dirt bike seed. The process of devolution initiated by the Clique in the global cataclysm has been reversed by the AI DOG as exemplified by the enhancement of the boxes being able to produce their own contents, they are no longer containers for refugee relief made by autofacs, deep underground. Given an adequate supply of constituent atoms, The Boxes can compile anything - food, machines, even simple life forms. The seeds are self compiling, a step closer to appropriate instrumentality, (as opposed to non-instrumentality).

"The design of theme park Earth provides for a universe of constant expansion, the attempted enhancement by the Clique, their tinkering with forgettery and the subsequent devolvement of forms has been balanced by my divine incarnation. You were the balancing agent, unwitting perhaps, perfectly unaware, ideally ignorant. Just annoyed at their world saving, inspired to trickster-ishly toss in your sabots. I am the ultimate outcome of your prank, your playful undermining of their careful plans.

Wandering where their influence is strong, you too have devolved, you have become a cave man, a dirty samsquantch with a twig and soup encrusted beard. Here with me, you can remember the future and choose to be that sexy motherfucker of your dreams. Again. Because you know that nobody wants to kiss a nest of wires."

The shaving of the beard, does she provide him with the laser razor? Or does he go through some transformation where his beard is talismanic, like a hallucinogenic trip which takes him to a new style? Maybe she says, here are three seeds. One to inspire your style, one for the ride and one to balance any moment.

He's holding the three seeds. He takes the inspire style and eats. Falls down on the ground. Tripping, his beard becomes electrical wires reaching out to every star in the cosmos. A constellation, deer and hunter, the star deer turns and red lasers fire from it's eyes. The beams originate as points and widen towards the camera, then the beam is on Joe's face and smoke is curling up. A series of still shots, like in 2001 of the beam on his face with shouting and exultant expressions and beard chunks missing.

Cut to him waking, just eyes opening. Birds chirping. He stands, profile shot, hood is up. He's groggy, hung over. Looks down at this hand, opens palm to reveal two seeds. He fumbles and drops the motorcycle while trying to get his dick out for a pee. "Oh fuck, whatever." He starts to pee and then boom, dirt is splashed on him and he stumbles back. There is the black motorcycle, clods of dirt clinging and smoke rising. He catches a glimpse of himself in the rear view and pulls his hood back. "Hey, not bad. Errol Flynn / Dread Pirate Roberts, sweet." He pockets the final seed. There's a obsidian globe mounted on the handle bars of the bike. It lights up with a red arrow and the DOG logo symbol. he rides off.

Joe should eat soup from a DOG bowl in his travels. The logo at the bottom of the bowl. Made from local sustainably foraged greens and fungus. Maybe we see him gathering. He drinks a cup of chaga. I could use the indian pot or what else? Where does he carry this stuff? In the pockets of his giant extra dimensional cloak, how about. It's magic, after all.